Marport is a company founded in Iceland in 1996 that specializes in the design and manufacturing of Wireless Net Monitoring Systems.

These systems are made up of different sensors that transmit real-time data to the ship about the operation of the net, how this is set up and the number of fish it is catching. This ensures the trawl takes just the necessary time, not more nor less, which determines a greater quality in the catches as the fish is not spoiled for obtaining too much volume and the resources are better preserved as the ship fished the amount it can process.

All this allows to considerably reduce the fuel rate and the waste of unnecessary water resources. 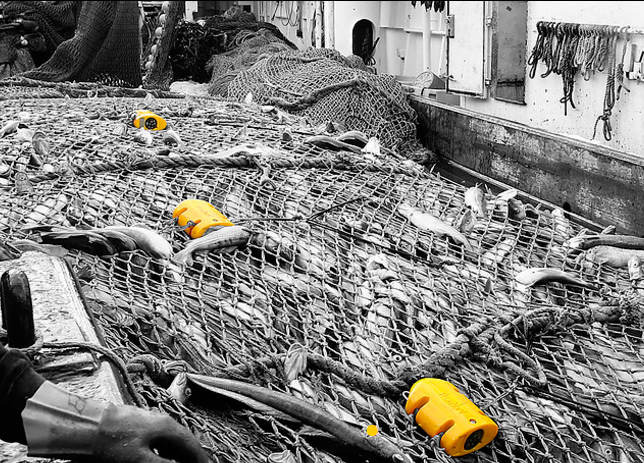 This system is adapted to the requirements of the Uruguayan fishing trawlers. It consists of a trawl eye that allows knowing the vertical opening of the trawl, the temperature, the depth, the roll, and the pitch thereof. It shows the incoming fish in a scan such as the one of the vertical sounder and it has a catch sensor that is activated when the net is full.

These data are transmitted to the vessel which has a receiver and a computer that processes them and presents them on the screen.

As well as the features of the basic system, This adds the sensors for the trawl doors. These sensors provide information about the distance between the doors as well as about the depth, pitch, and roll of each of them.

This sensor provides the same information as the Trawl Eye but adds the data about the trawl symmetry regarding the current. This allows trawling at the right speeds and with the ideal angle of the trawl to optimize the catch and reduce the fuel rate.